skip to main | skip to sidebar

Please join me over in my new blog home: http://acoffeeaddict.com/

It's the Most Wonderful Time of the Year!

Sure you might read the title of this post and thing - wow she's already in the Christmas spirit but nope - for me the most wonderful time of the year is the Food & Wine Festival at Epcot! I count down to it like Christmas that's a true store!!

We visit the festival multiples times during Food & Wine season where else can you try samples of delicious foods at small prices with small portions so that if you don't like you could just toss it in the trash  - as you can probably guess though tossing food is a rarity with us crazy Taylors!

This week was our second visit through Food & Wine, it was a lovely week night stroll where we saw Sugar Ray perform and we ate some yummy foods! And not so surprising we are heading back to the Festival today with friends to enjoy the beautiful Florida weather and more deliciousness!

I think my plan for these photos will be to scrap them of course - I might put together a Smash Book wouldn't that be fun? And I will for sure put some of the amazing tips I learned during this weekends True Scrap event to good use. Stay tuned as I have A LOT more to say about True Scrap as well as new creations both in the scrapbooking room and in the kitchen and some fun we've had with our Halloween decorating! More soon...

Having fun creating photo strips with the Vignette App on my phone so thought I would give a small glimpse around my desk this morning!

I am still here alive and and for the most part well. I have let so many other things get in the way of blogging and crafting and cooking but I'm here and I'm back on track. It helps that this is my absolute favorite time of year there is something about the Fall that just inspires me. The weather is getting nicer, the holiday season is kicked off, there are so many yummy foods and amazing craft projects that just need to be done so it makes me happy to be back in action now that Fall is in full swing.


I kicked off Fall festivities with a quick trip to New York and New Jersey. The reason for the trip was so I could be Godmother to my dear friends Bob and Shannon's new bundle of joy Raiden. While I was traveling up North I spent a couple of days with my cousin and best friend Denise. Being with Denise reminded me how much I love the City and city life. Walking to the store and getting our hair done, and going to parks that did not have rides and lines and gift shops but instead had trees and leaves and walking paths. One day we walked across the Brooklyn Bridge and it was dreary and rainy and I was wet but happy! And Denise made me feel so welcome that I'm already trying to figure out when I can get up there again!

In Jersey I got to spend time with Bob and Shannon and all their children - how fun! I wanted to smuggle the kids home with me. The Christening was beautiful and Shannon and Bob really went above and beyond making me feel welcome and comfortable in their home.

Now that Fall is underway and the weather is cooling off here in Florida we are going to be out and about much more and I will be blogging much more. I apologize for my absence but I will ask you my readers to hold me accountable and see that I don't disappear again! More soon...

It sure has been a while since I pulled out new recipes and did some major cooking but today felt like just the day to spend in the kitchen. I've had a lot on my mind and cooking and baking relaxes me so I spent a beautiful Sunday cooking my little heart out and made not one but three new recipes and all were very successful!!

First up - Found this recipe for Nutella Banana Bread on Pinterest! You can find it here. How can you go wrong with Nutella and anything really? But this bread is so yummy and moist!! Hopefully my co-workers will feel the same as some of this is coming to work with me! 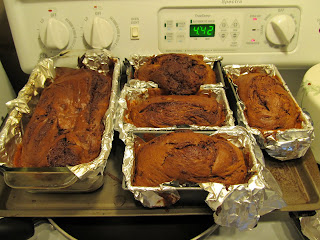 Next up were Chocolate Peanut Butter Surprise Cookies - I found these on accident doing a quick search for peanut cookies and when I saw these and saw that I had all the ingredients it was like dying and going to heaven!! And wow these are a hit with the husband!! He told me to just go ahead and add them to the cookie rotation for the holidays!! You can find the recipe here. 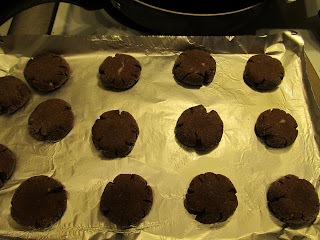 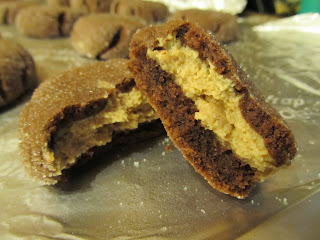 Then for dinner I tried a new Rachael Ray recipe - Pasta Carbonara with Corn and Chiles - however you may note that there is no corn in this photo and you may ask why? Ummm I forgot to buy corn!! I don't know what I was thinking I made a list and everything and then got home and oops no corn but let me tell you what this dish was still super delicious SUPER delicious! Mike and I both enjoyed it. I used fresh fettuccine, you can find the recipe here. 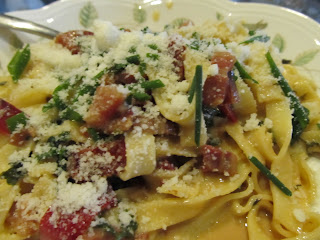 Since we've been home for a week now I thought it was time to do a little Vegas trip recap!

We had such a good time. Arriving in Vegas always feels a little like going back home as I've mentioned in the past my family has shared quite a few big celebrations in Vegas and I have spent a lot of time in Sin City so it has that wonderful homey feel to it when I see those first slot machines in the airport and then step foot on the Strip for the first time.


While in Vegas, we ate, drank, spent time with family, shopped and something that I've never done in Vegas before - WON MONEY! Not a lot of money you don't get rich playing penny slots but it was awfully nice to fund a couple of shopping trips and to come home with some spending money!

The big reason we were in Vegas this time was to celebrate the wedding of my cousin Kevin and his now lovely wife Trish. Growing up Kevin was more then a cousin, he was and has been like a big brother to me so it was very special sharing this big day with him. And it was a beautiful day and wow did they serve us a ridiculous amount of food!!

I also got to lay by the pool with mom, do some crafting and go on wedding appointments with my sister. We packed an awful lot into a few days and now just 29 weeks until we get to go again!!!! 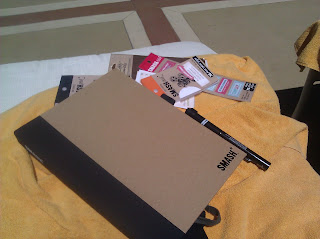 Before heading to Vegas mom and I talked about doing some crafting while on vacation together. So we agreed to bring our Smash Books and yesterday while lounging by the pool we added fun memorabilia and journaling to my pages. I will add some photos when I get home but I love that I have a jump start on documenting our trip!!

Dani
I live in Champions Gate, FL with my husband and our four fur babies (3 cats and 1 dog)I spend my time either being creative or trying to get the creative juices flowing. I love to cook, go for swims and take the dog for long walks. 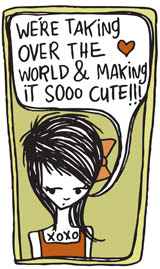 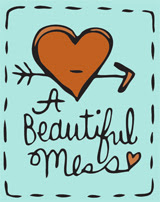